This device has gone through 40+ quality checks and has been certified to be fully functional by experts.

Added to wishlistRemoved from wishlist 0
Add to compare

Our Refurbished Samsung Galaxy M31 has a drop notch at the top with a 6.4-inch display. It has thin bezels around the AMOLED display and weighs around 191 grams. It has a 6000 mah battery. The phone has also Exynos 9611 Octa-core SOC with 6 GB with 64GB storage variants. It supports 4G as well as VoLTE. The phone runs Samsung OneUI 2.0 on top of Android 10. It has a quad rear camera setup with a 64 MP primary camera, an 8 MP ultra-wide-angle camera, a 5 MP Macro camera, and a fourth 5 MP depth sensor. Samsung had launched the Samsung Galaxy M30 in India back in February last year. It has also launched the Galaxy M30s for the base variant. The smartphone comes with a 6.5-inch full HD Plus Super AMOLED Infinity-O Display, quad rear camera setup, 32 MP selfie camera sensor, octa-core Exynos 9611 SoC, and runs on Android 10 based on Samsung’s proprietary One UI. Samsung Galaxy F41 smartphone is the first in the F series of smartphones. This refurbished device has a 64 MP primary image sensor with a Single Take feature, an Infinity-U design for the selfie camera, an Exynos 9611 octa-core processor with 6 GB of RAM, and is backed by a 6,000mAh battery. 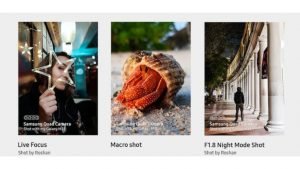 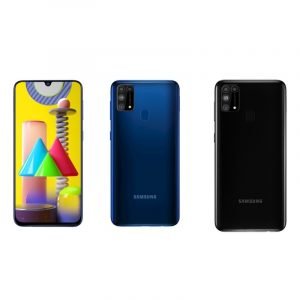 The smartphone features a 6.4-inch Infinity U Super AMOLED touchscreen display. The phone features a Full-HD+ (1080×2340 pixels) display and has a facet ratio of 19.5:9. The phone has 8.9mm in thickness and weighs 191 grams. it’s available in Ocean Blue, and Space Black colors. it’s a Glass front, a plastic back, and a plastic frame.
The power and volume buttons are often found on the proper side of the Galaxy M31. On the left side is that the SIM tray, while the three .5mm headphone jack, primary microphone, USB Type-C port, and speaker are placed on the rock bottom of the phone. The phone has Corning Gorilla Glass 3 for cover.  It is well built and if any problem occurs you can repair it at Techyuga also.

As far because the cameras are concerned, the Samsung Galaxy M31 packs a quad rear camera setup which is an upgrade over the Galaxy M30 which houses a triple rear camera setup. It has a 64-MP primary Samsung ISOCELL Bright GW1 sensor alongside an f/1.8 lens.; a second 8 MP camera with an f/2.2 aperture; a 3rd 5 MP sensor with an f/2.2 aperture and a fourth 5 MP sensor with an f/2.4 aperture. It sports a 32 MP camera on the front for selfies that supports 4K and slo-mo video. The phone has an LED flash, panorama, and HDR shot. 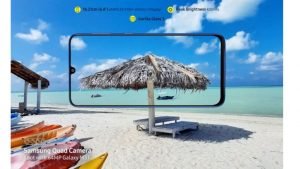 The Samsung Galaxy M31 runs on the company’s proprietary One UI 2.0 supported Android 10. Under the hood, the phone has the Exynos 9611 SoC octa-core (4×2.3 GHz Cortex-A73 & 4×1.7 GHz Cortex-A53) which is analogous to the Galaxy M30s which was launched last year. The phone comes with 6 GB of RAM and a Mali-G72 MP3 GPU. The Galaxy M31 ships with One UI Core rather than the One UI, so you’ll not get features like Bixby and Bixby Home. Users won’t be ready to download Samsung Pay from the Google Play Store.

Samsung ships the new Galaxy M31 with OneUI 2.0 on top of Android 10 OS. The software is analogous to the one found on the Galaxy S10 Lite smartphone. Samsung has preloaded the phone with a variety of apps including Google apps, Candy Crush Saga, Netflix, Facebook, also as Samsung My Galaxy and Samsung Shop.

The smartphone features a mammoth 6000 mAh battery which the corporate claims can easily last for two days. Users are going to be ready to have internet usage of up to 21 hours, talk time up to 48 hours, video play up to 26 hours, and music playtime up to 119 hours, consistent with the corporate. It supports 15W fast charging.

The phone packs 64 GB of inbuilt storage which will be expanded via a microSD card slot. The Samsung Galaxy M31 may be a dual-SIM (GSM and GSM) smartphone that accepts Nano-SIM and Nano-SIM cards.

Samsung says the Exynos 9611 brings enhanced graphics processing performance. it’s an Arm Mal G72 MP3 GPU with a faster clock speed than its predecessor. The GPU is made on the 2nd generation of Bifrost architecture and supports the advanced APIs. The SoC comes with four Cortex-A73 cores with a clock speed of up to 2.3 GHz and 4 Cortex-A53 cores that run at up to 1.7 GHz speeds. The Exynos 9611 processor comes with an LTE modem and has an integrated modem that supports up to 600Mbps for downlink with 3CA and 150Mbps for uplink with 2CA. The Exynos 9611 features a 4-mode GNSS (Global Navigation Satellite System) receiver which offers GPS (Global Positioning System), GLONASS, BeiDou, and Galileo. 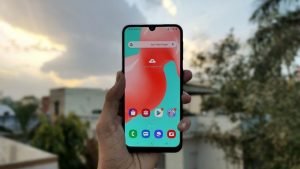 Sensors on the phone are an accelerometer, ambient light sensor, compass/ magnetometer, and proximity sensor. The Samsung Galaxy M31 supports face unlock and a fingerprint sensor. 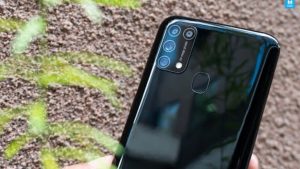