This device has gone through 40+ quality checks and has been certified to be fully functional by experts.

Added to wishlistRemoved from wishlist 0
Add to compare

The overall design of the Refurbished iPhone 7 is really rather impressive once you consider a number of the changes that have taken place. The waterproofing always adds thickness, because the seals will need some space within the device. The new dual speakers, which fire out of the earpiece and therefore the bottom of the phone, also needed somewhere to travel, which starts to elucidate why the iPhone 7 is 7.1mm thick. Perhaps it’s something to try to do with the very fact that these features aren’t the primary of their kind to plug, but there’s something unexciting about the iPhone 7 being waterproof.

It had already been done already by Sony on the Xperia Z and Samsung on the Galaxy S7, and people phones combined impressive design with the reassurance that you simply could sling them during a lake and still have a working phone. It’s still a pleasant feature to possess, but it’s one that now in 2019 most high-end phones have, including numerous other iPhones, and one that Android got first. The house button, that iconic design from Apple that’s endured throughout the years (up until the newer iPhone X anyway), has changed dramatically too: it’s not a clickable, physical entity, but a sunken point on the front of the phone that responds to the force of your touch.

Initially, it seemed terrible, something that might be impossible to urge used to; the loss of the dependable, pressable button was awful, and that we kept getting no response when trying to urge back to the house screen from within an app. on the other hand suddenly it clicked (well, not physically), and it felt sort of a completely natural motion. After a short time, we forgot what was happening, and once you remember that nothing is moving beneath your finger it’s quite an odd sensation. 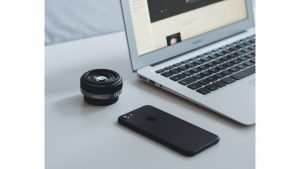 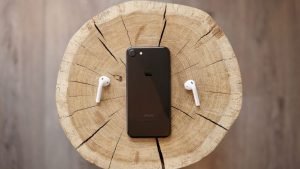 The iPhone 7 feature a huge jump forward in camera technology, for photographs that are clearer, brighter, and crisper, even in low-light conditions. Optical image stabilization, once a feature limited to the 5.5-inch iPhone, is built into the iPhone 7, compensating for small movements and hand shakiness when snapping a photo to allow for longer exposure times (3x longer than iPhone 6s). There’s a new 6-element f/1.8 aperture lens that lets 50 percent more light into the sensor while keeping photos sharp at the edges. The 12-megapixel high-speed sensor is 60 percent faster and 30 percent more efficient, and there’s a new image signal processor with twice the throughput for faster camera performance across the board. The image signal processor, custom-designed by Apple, sets exposure, focus, white balance, and uses wide color capture for more true-to-life images. It features fourth-generation tone mapping and noise reduction, performing 100 billion operations in just 25 milliseconds every single time a photo is taken with the iPhone.

Please allow 1-3 working days for your order to be dispatched. Normally orders placed before 2 pm on a business day, we aim to ship the same day, providing card security checks are complete, the payment received and stock availability is confirmed. Orders placed after 2 pm will be shipped the next business day. Orders Received on Sunday or during Holidays are dispatched the following Monday or next working day. During holiday periods, products get shipping on next working day.

For more information check out our Shipping Policy page.

For any other information, Check our FAQ Page Here.